New! CIT-eA Reloaded. Some of the work if CIT-eA project has fed into a new VR for Assessment project. XR now seems to to be the preferred term in the corporate world and is an umbrella term for VR / AR / MR. To quote wikipedia “XR is a superset which includes the entire spectrum from “the complete real” to “the complete virtual” in the concept of reality–virtuality continuum introduced by Paul Milgram.”

The original CIT-eA project was a little unusual in EdTech terms in that it placed a great deal of emphasis on understanding the systemic factors affecting the uptake of EdTech. This has since paid dividends in many ways and this project has led to the current approach to VR for assessment and a recent blockchain project called My Skills that investigated the used of blockchain technology to provide digital certificates of learning

We are going to be working with a Scottish Company called eCom Scotland on a project that is developing a VR assessment toolkit. The project is called ‘Assessing Reality’ and it is funded by the Ufi Charitable Trust. It looks really interesting – the idea is to produce a tool that enables non-techy users to easily create their own VR assessments. Its a tall order so it will be interesting to see how things pans out.

The toolkit is unusual in that it seeks to allow users to import their own 360 degree image panoramas and videos and then create assessments using them. It also allows users to create templates from their assessments to share with other users so that they can get a flying start on creating their own assessments. This is a big move, as currently vendors tend to to try and provide a ‘turnkey service’ when it comes to VR – i.e. do everything including creating the VR environments. With the increasing ease of creating 360 panoramas and videos by users it makes sense for them to be able to import their own content. This is good for avoiding being locked in to a commercial provider and is to be welcomed. Ecom are also suggesting that the content their toolkit turns out will be editable by people with coding skills – so no proprietary format lock-in either – which is also good news. The content should be able to run in any regular VLE / LMS like Moodle or Canvas that is set up for XAPI.

The toolkit is based on an existing Ecom e-learning content authoring toolkit called eNetAuthor that is cloud cased and can turn out Scorm learning objects and the more recent content in the form of the Experience API (Tin Can API), also know as XAPI. The VR toolkit is using XAPI to link the VR environments to assessments and then store the learners activity and results in a Learning Record Store in an LMS / VLE. This approach is very different to traditional LMS set ups in FE/HE where the user data and assessment results are kept in the system. In the XAPI approach the data is designed to be shared. This has many implications, especially for the hot topic of Educational Analytics. 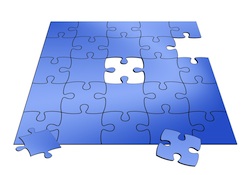